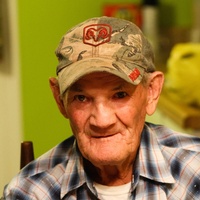 William Clayton Cathey Sr., age 83, passed away at Centennial Medical Center in Nashville, TN on December 27, 2018. Mr Cathey was born October 2, 1935 to the late William Grover and Mabel (Odom) Cathey. In addition to his parents he was preceded in death by brothers Gene, Jay, Charlie, John T., and Jesse Cathey. He is survived by his wife of 54 years Masel Cathey of Dickson; two sons, William Clayton Cathey Jr. of Dickson; and Anthony Wade (Cindy) Cathey of McEwen; two daughters Samantha (Anthony) Barnhill of Dickson; and Teresa Donegan; one sister, Mamie Alderidge of Bon Aqua; five grandchildren; and three great-grandchildren. Visitation will be on Saturday December 29, 2018 from 4-8 pm at the Dickson Funeral home and again on Sunday December 30, 2018 from 1-3 pm. Service will begin at 3 pm with Brother Carl Smith officiating at the chapel of the Dickson Funeral Home.
To order memorial trees in memory of William Clayton Cathey, please visit our tree store.