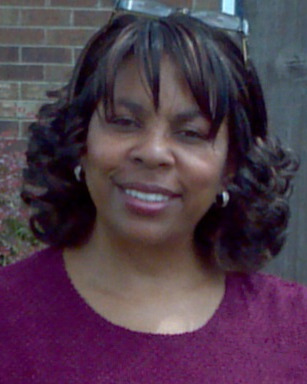 Theresa Elizabeth Trumpie, of Van Leer, Tennessee passed away after a long battle with Cancer. She departed this earthly life on December 6, 2022 at the early age of 69. Theresa had a few nicknames such as, Tee-Tee, Oriss, TNT, TeResa, babe, babe, babe, mommy, momma, mom, grand-maw, little big Sarge, etc. She had a big presence in the world, such an unforgettable woman with a bold and loving heart.

Theresa Elizabeth Trumpie was born on August 11, 1953 to the late German Turner and Jackie Lee (Grace) Turner in Chicago, Illinois. As a child Theresa confessed to Christ at a young age. As a teen Theresa was committed to running track as she attended Harper High School. She went on to attend DeVry Institute in Chicago, Illinois, after graduating and earning a degree in Welding. She went on to work for State Steel Corporation, where she progressively worked hard in her field as a female welder. Theresa also received a Bachelors degree from Central Texas College (CTC), with a degree in Criminal Justice.

Theresa joined the United States Army in 1984 as an Aircraft Structural Repairer at Fort Dix, NJ, where she would continue to other duty stations such as Fort Eustis, VA, Germany, Fort Story, VA, Korea, Fort Campbell, KY, Panama, Fort Hood, TX, and Fort Drum, NY, where she served consecutively for 22 years.

Later in her career she added to her resume was a civilian contractor job for overseas in support of Operation Enduring Freedom (OEF) with Dyna Corp and L3 Corporations after her commitment for military service was complete.

In 2009, Theresa met Kenneth Trumpie at chance meeting with a friend at Wally World in Clarksville, Tn. Theresa and Kenneth would go on the following year to get married and travel the world harmoniously together, riding around on their motorcycles with the support of the Christian Motorcycle Association (CMA) group, spreading love, prayers support and education, until she went home to ride in the clouds with God.

Theresa was filled with the love of the Lord, the church Christ Fellowship Independent Methodist, Cunningham, TN and the respect for its pastor, Gary Akins, and the church’s faithful members. She had an infectious smile that lit up the room. To know her is to love her unconditionally, and our love for her showed.

In lieu of flowers, Memorial donations may be made to the Christian Motorcycle Association.