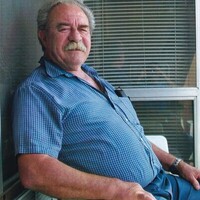 Sherwin Ethan Fuqua, Age 87, of Dickson, Tennessee passed away on June 16th, 2022 after a long battle with Dementia. Sherwin was born on July 2, 1934, to Andrew and Mary Fuqua in Dickson. After graduating from Dickson High School, he volunteered for the United States Army and served his country overseas for several years. He had a variety of occupations during his life, primarily as a butcher in several local stores, in particular HG Hills. He was married to Thelma Fuqua for 16 years and they had two sons, Douglas and Darrin Fuqua. He is remembered for his generous spirit as well as his infectious laughter and good humor. Sherwin was always ready to help others at the drop of a hat and did so often during his life. He is preceded in death by his parents Andrew and Mary Fuqua, his brothers Wilbert and Shannon Fuqua, his sister Annette Sykes and his grandson Samuel Fuqua. He is survived by his two sons, Douglas of Landstuhl Germany, and Darrin Fuqua of Mt. Juliet, his daughter-in-law Nathalie Fuqua, former wife, Thelma Fuqua of Old Hickory, and his grandchildren Emilie Fuqua of Lebanon and Andrew Fuqua of Atlanta, Georgia. Visitation will be held on Saturday, June 25, 2022 at Dickson Funeral Home in Dickson from 11:00am to noon, followed by a service at noon officiated by Elder Ronald Lawrence. His burial will take place after the service at The Fuqua Cemetery in Dickson. In lieu of flowers, memorial donations may be given to St. Jude’s Children’s Research Hospital (STjude.org or St. Jude Children’s Research Hospital 501 St. Jude Place, Memphis, TN, 38105)
To order memorial trees in memory of Sherwin Ethan Fuqua, please visit our tree store.