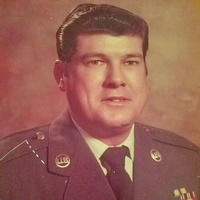 Kenneth "Buddy" Morris Adams, age 83 passed away on Monday, June 11th, 2018 in Nashville, TN.  He was born on August 24th, 1934 in Humphreys County to the late Wilbert and Mary Triplett Adams.  In addition to his parents, he was also preceded in death by two brothers, James Travis and Donald R. Adams.

Mr. Adams was a retired U.S. Air Force Veteran of the Korean, and Vietnam Wars.