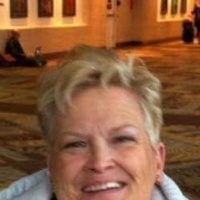 Hughes, Martha Lee    Age 75 of Hermitage.    November 19, 2017 Martha was born to the late Bill A. Welker and the late Leona (Stellhorn) Welker on September 2, 1942 along with her twin in St. Louis, Mo.  Martha graduated from Eureka High School in 1960.  She was a dental assistant for several years.  She then became a seamstress where she made custom draperies, including draperies for many country music stars.  She also worked for Aladdin Industries.  In her retirement years, she worked with Central Parking at Vanderbilt Hospital and Goodwill of Donelson.  Along with her late husband Ron, she not only was an avid supporter of the Vanderbilt Commodores, but a season ticket holder for 47+ years.  When she was not with family or at church, she was at the VFW, a place very near and dear to her heart, and doing for those who served our country. Martha passed away peacefully with her children and several grandchildren by her side.  Preceded in death by brother Billy Welker. She is survived by daughter, Becky (Jeff) Moss; sons, Mike (Mitzi) Hughes, Sean (Heather) Hughes and Brandon (Jennifer) Hughes; sisters Mary Lou (Ernie) Mertz, Barbara (Gene) Foster; brothers John Welker and David Welker. 14 grandchildren, 7 great-grandchildren and several nieces and nephews. In lieu of flowers, memorials may be made to VFW Post #1291 Auxiliary Veterans In Need Fund in memory of Martha Hughes: 1907 Lebanon Pike Nashville, TN 37210,  or www.gofundme.com/martha-hughes-vfw-1291-memorial, where all funds will be used to help veterans in need. Visitation will be from 3-4pm, and a memorial service will be conducted at 4pm, Saturday, November 25th, 2017, at Emmanuel Lutheran Church 1003 Hickory Hill Lane Hermitage, TN by Pastor Keith Enko.DICKSON FUNERAL HOME, Dickson, TN (615)446-2313.
To order memorial trees in memory of Martha Lee Hughes, please visit our tree store.