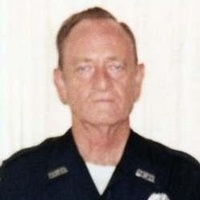 Billy Ray Stacey, age 85 passed away on Sunday, March 5th at the VA Hospital in Nashville, TN.  He was born on June 19th, 1931 to the late James Brewer and Clara Thompson Stacey in Montgomery County, TN.  In addition to his parents, he was also preceded in death by two grandchildren, April Miller and Destiny Fifth; brothers, Robert, Bert, and Lewis Stacey; and two sisters, Sara Hollis and Francis Duke.He is survived by four sons, Donald Stacey (Holly) of Dickson, Todd Stacey of Nashville, Michael and Timothy Stacey of Dickson; three daughters, Cheryl Bryce (Douglas) of Prescott Valley, AZ, Leeza Parker (Darrell) of Murfreesboro, Amanda Stacey of Dickson; and one sister, Dot Cleaver of Layton, UT. He is also survived by ten grandchildren and ten great-grandchildren.Visitation with the family will begin on Tuesday, March 7th, from 3:00 p.m. until 8:00 p.m., Wednesday from 3:00 p.m. until 8:00 p.m. and Thursday, 10:00 a.m. until time of service.  Funeral services will be held on Thursday, March 9th at 11:00 a.m. from the Chapel of Dickson Funeral Home with interment following at the VA Cemetery in Nashville at 1:00 p.m.Arrangements by Dickson Funeral Home, 209 East College Street, Dickson, TN  37055.  Phone 615-446-2313.  Online condolences may be left at www.dicksonfuneralhome.com.
To order memorial trees in memory of Billy Ray Stacey, please visit our tree store.