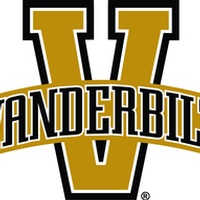 Mr. Archie Hughes Stinson; of Fairview, TN; Age 77; Passed away on Tuesday, October 4, 2016 at his residence. Mr. Stinson was born in Williamson County, TN on May 22, 1939 to the late Noah Arch & Lilly Myrtle (Hughes) Stinson.  In addition to his parents Mr. Stinson was preceded in death by his 11 brothers and sisters. Mr. Stinson was survived by his brother Sammy Stinson of Lyles, TN; Nieces Rachel Mangrum of Fairview, TN, and Angela Fewell of Lyles, TN; Grandchildren Nathen, and Eythen O’Neal, Destiny Fewell, and Christopher Hall; as well as his Great Grandchild Marianna Isabel Payne. Mr. Stinson had a love for farming and for his Vanderbilt Commodores.  To say Mr. Stinson was a Vanderbilt fan would be an understatement.  He had such a love and appreciation for Vanderbilt, especially their basketball team, that people referred to him as Mr. Vandy. The visitation will begin on Thursday, October 6, 2016 from 4 – 8 PM, again on Friday, October 7, 2016 from 3 – 8 PM, as well as Saturday, October 8, 2016 from 10 – until time of service at the Fairview Chapel. Funeral services will be on Saturday, October 8, 2016 beginning at 11:00 AM at the Fairview Chapel with Bros. Chris Alanzo and Richard Hargrove officiating. Burial will follow at Taylor Cemetery in Fairview, TN. Arrangements by Dickson Funeral Home & Cremation Center – 209 E. College St. – Dickson, TN 37055 – 615-446-2313. Online condolences may be left at www.dicksonfuneralhome.com
To order memorial trees in memory of Archie Hughes Stinson, please visit our tree store.