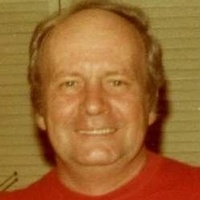 Richard Bruce Cunliffe, age 80 passed away on February 14th, 2016 at Horizon Medical Center in Dickson, TN. He was born in Roosevelt, NY on March 25th 1935 to the late Robert and Alma Johnson Cunliffe. In addition to his parents, he was also preceded in death by his wife, Hazel Cunliffe and two grandsons, Zachary Groves and Justin Robinson. He is survived by two sons, John Cunliffe (Ruthie) of New York and Jamie Cunliffe of Slayden, TN; four daughters, Delores Robinson of Clarksville, TN, Jean January (Jarrod) of Williamsboro, VA, Christy Jones (George) of Naptune, IL, and Susan Groves (Roger) of Cumberland Furnace, TN. He is also survived by eleven grandchildren and several great-grandchildren.Funeral services will be held on Saturday, February 20th at 1:00 p.m. from the Chapel of Dickson Funeral Home. Interment to follow at Slayden Cemetery. Visitation with the family will begin on Friday, February 19th, from 2:00 p.m. until 8:00 p.m., and on Saturday from 10:00 a.m. until time of service. Arrangements entrusted to Dickson Funeral Home, 209 East College Street, Dickson, TN 37055. Phone 615-446-2313. Online condolences may be left at www.dicksonfuneralhome.com.
To order memorial trees in memory of Richard Bruce Cunliffe, please visit our tree store.